Here's some advice for those of you out there using eBay Motors or any other online classified or auction site to sell your classic GTO muscle car. Insert a hot chick in a bathing suit into the main image of the listing. In the original listing, smokymountaintraders got 16352 page views for a nice, ordinary 1967 Pontiac GTO hardtop. This is about 20 times the amount of attention this listing should receive. Will it work? Follow the re-listing to see if it does the second time around. Apparently, the first time around $22,900 wasn't enough for the 67 goat. 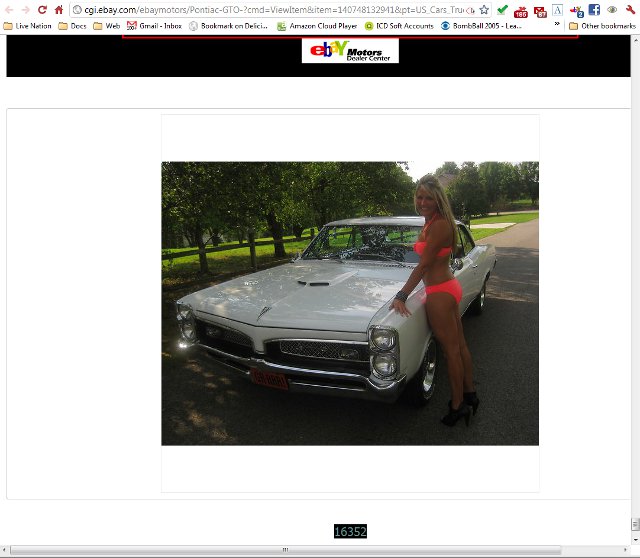 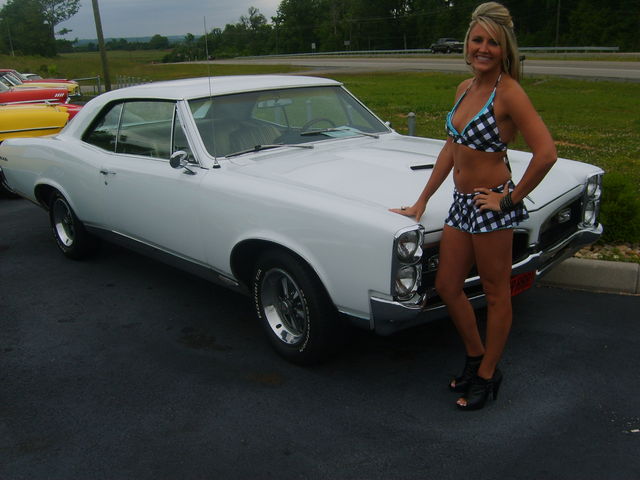 See what sold on eBay recently and what didn't. Searching completed auctions is a good way to research the value of your classic GTO and help price it if you're selling. 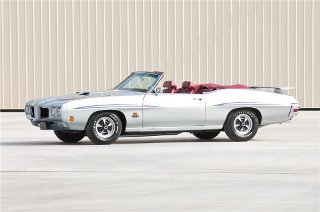 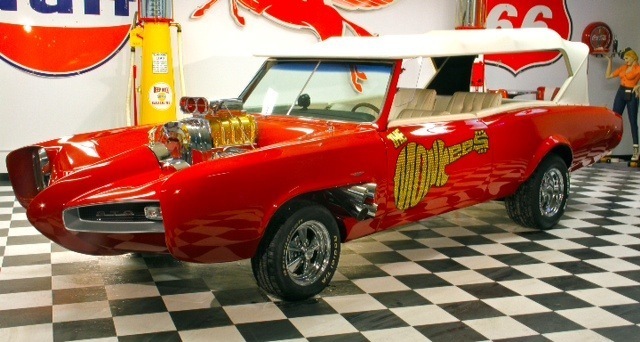